Find a Lucky Spud to win at Ulster v Munster!

Thanks to our partners at Tayto, up to 200 lucky supporters will take home a prize at the Ulster v Munster game on Friday night, including a top prize of £500!

200 numbered potatoes will be placed throughout Kingspan Stadium on Friday evening for supporters to find.

To win a prize, simply pick up one of the numbered potatoes - from gates open at 5.35pm until the end of half-time interval - and take it to the Tayto promotional kiosk in the Fan Zone. Your potato number will then be checked and you will win the prize associated with that number.

Among the prizes are the top prize of £500, a signed Ulster Rugby ball, Tayto branded merchandise and Tayto crisps / snacks.

1. Promotion is open only to those aged 16+ attending the Ulster Rugby match on 22/04/22. Normal exclusions apply.

2. Up to 200 x numbered potatoes have been placed in various locations around Kingspan Stadium. Each numbered potato can be exchanged for a prize at the Tayto promotional kiosk up to and during half-time of the match.

3. The numbered potatoes will only be sited in official spectator areas at the stadium. They will not be found in any player or official staff areas, nor on the pitch.

4. No prize claims will be accepted once the second half of the match commences on 22/4/22. Any numbered potatoes after this time will be considered null and void.

5. Only official Tayto numbered potatoes will be accepted as prize claims.

6. Only one prize claim per person. If a numbered potato is found by someone aged under 16, that person must be accompanied by a parent or guardian to make their prize claim.

7. Prize claimants must hand over their numbered potato to Tayto promotional staff who will validate the prize claim.

8. Prizes to be taken as stated. There are no alternatives in cash or kind. Except owing to circumstances outside the reasonable control of the promoter, the promoter reserves the right to substitute any prize for an alternative of equal or greater value. Prizes will be issued directly to the respective prize claimants at the match.

9. The winner of the £500 cash prize will receive a letter with a unique code to complete their prize claim. The promotion staff will also take their name and contact number. Prize will then take the form of a cheque or bank transfer. Prize claim must be made by 29/04/22.

10. The Promoter reserves the right to vary, alter or terminate this promotion due to unforeseen circumstances beyond its reasonable control and where circumstances make this unavoidable. Neither the Promoter nor the promotional parties assume any responsibility or liability for the failure to fulfil the obligations of any third parties involved in this promotion, although we will always endeavour to minimise the effect to the participant of any such failure.

11. To the fullest extend permitted by the law, the promoter does not accept responsibility for any loss, damage or injury arising from the winner taking the prize or attending a venue which they do at their own risk.

12. The Promoter reserves the right to verify all entries and to refuse to award a prize or withdraw prize entitlement and/or refuse further participation in the promotion and disqualify the participant where there are reasonable grounds to believe there has been a breach of these terms and conditions or any instructions forming part of this promotions entry requirements or otherwise where a participant has gained unfair advantage in participating in the promotion or won using fraudulent means.

13. The Promoter will be the final arbiter in any decisions and these will be binding and no correspondence will be entered into in relation this clause 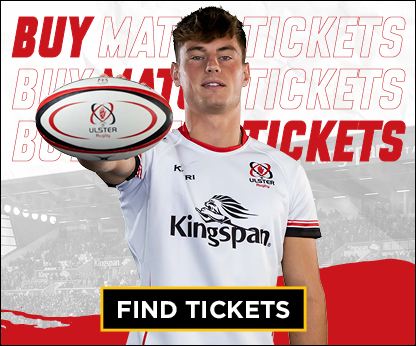