Academy set the tone as they scored an early try through fullback Sean McKay, who then added the extras from the tee.

Ballymena maintained the pressure and McKay soon added his second try, bursting through under the posts after a well-worked move off the scrum.

He hit his second kick to make it 14-0, and Academy were then given a numerical advantage as MCB’s Tyrese Abdarin received a yellow card.

Ballymena soon made the most of their numbers and worked it wide to right winger Michael McLean who touched down, with McKay converting to make it 21-0 at the break.

Full-back McKay then slotted a penalty to keep the scoreboard ticking over for Ballymena before Methody hit back with an unconverted try by inside centre Lewis Doherty.

It gave the Belfast school some momentum, and outside center Harry McNiece soon went over in the corner for their second try in quick succession.

The conversion was knocked over by Jack Tindel to make it 24-12 and set up a tense finish to the final.

Ballymena Academy sub prop Joshua Harvey scored after an MCB kick was charged down to make it 29-12 before Methody added a consolation try at the final whistle.

In the other finals, Dalriada won the Plate by beating Royal School Armagh 13-12, while the Bowl was shared after a 10-10 draw between Limavady Grammar and Regent House. 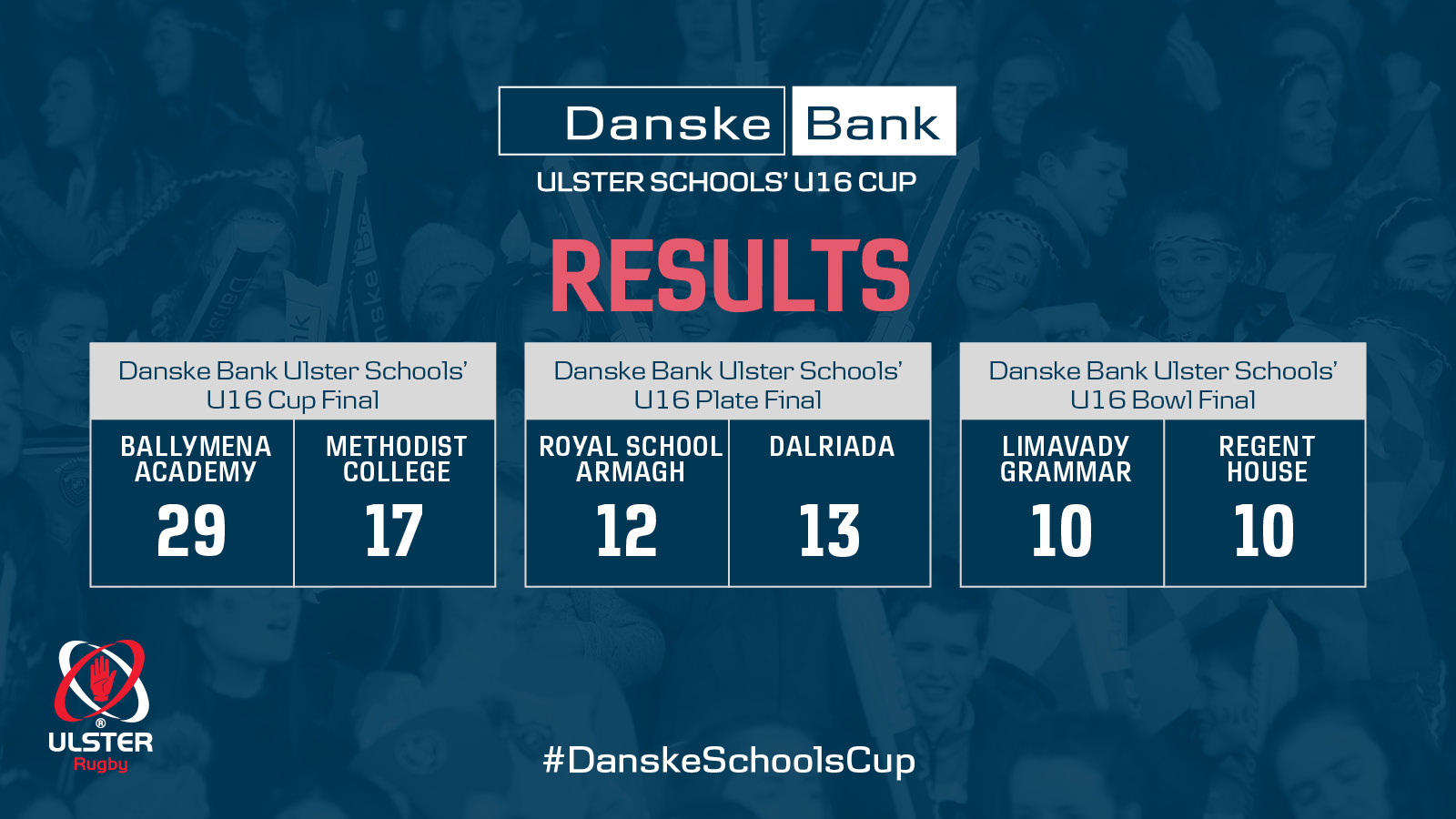 📹 A look back at yesterday's @DanskeBank_UK Ulster Schools' U16 Cup Final at Kingspan Stadium as Ballymena Academy beat Methody🏆 pic.twitter.com/H0Bg7jLhhq