City of Armagh are taking on QUB at Kingspan Stadium in the final of the Bank of Ireland Senior Cup. 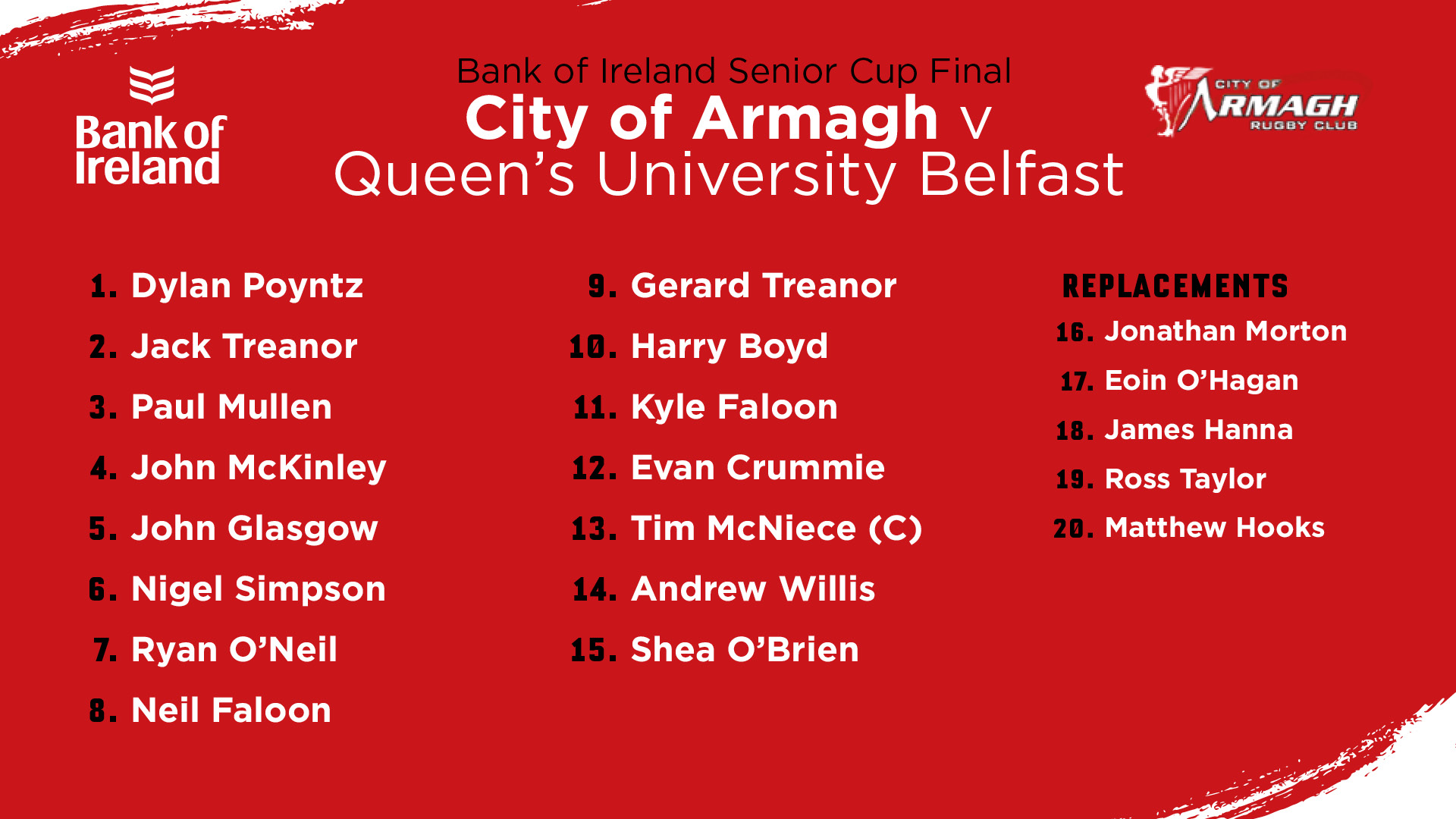 Armagh are chasing their 4th consecutive Bank of Ireland Senior Cup title, looking to maintain their remarkable record of winning on every occasion they've reached the final.

This season's campaign saw them begin with a 23-12 win over Hinch in the quarter finals, before a 53-20 victory over Omagh in the semis.

"Obviously we're going for 4 in a row. It's been a long season and it's great to get to finish with a final at Kingspan Stadium, we're all looking forward to Saturday."

"Our season's been a bit of a mixed bag, we finished mid-table in the AIL, probably a wee bit lower than where we wanted to go. We were probably aiming to get into the playoffs and didn't quite make it there."

"This is an opportunity to finish the season on a high, and go for 4 in a row. We hadn't won this Cup in the 140-odd years before that! So it's always nice to get the day here at Kingspan Stadium, it's something we try to look forward to every season, and it's a competition we love to win. Hopefully we add one more on Saturday."

"Queen's are a good team, they can throw the ball about and they're quite young, whereas we have a bit of a blend of young and old. Hopefully our experience shines through, but I've no doubt Queen's will be tough opposition." 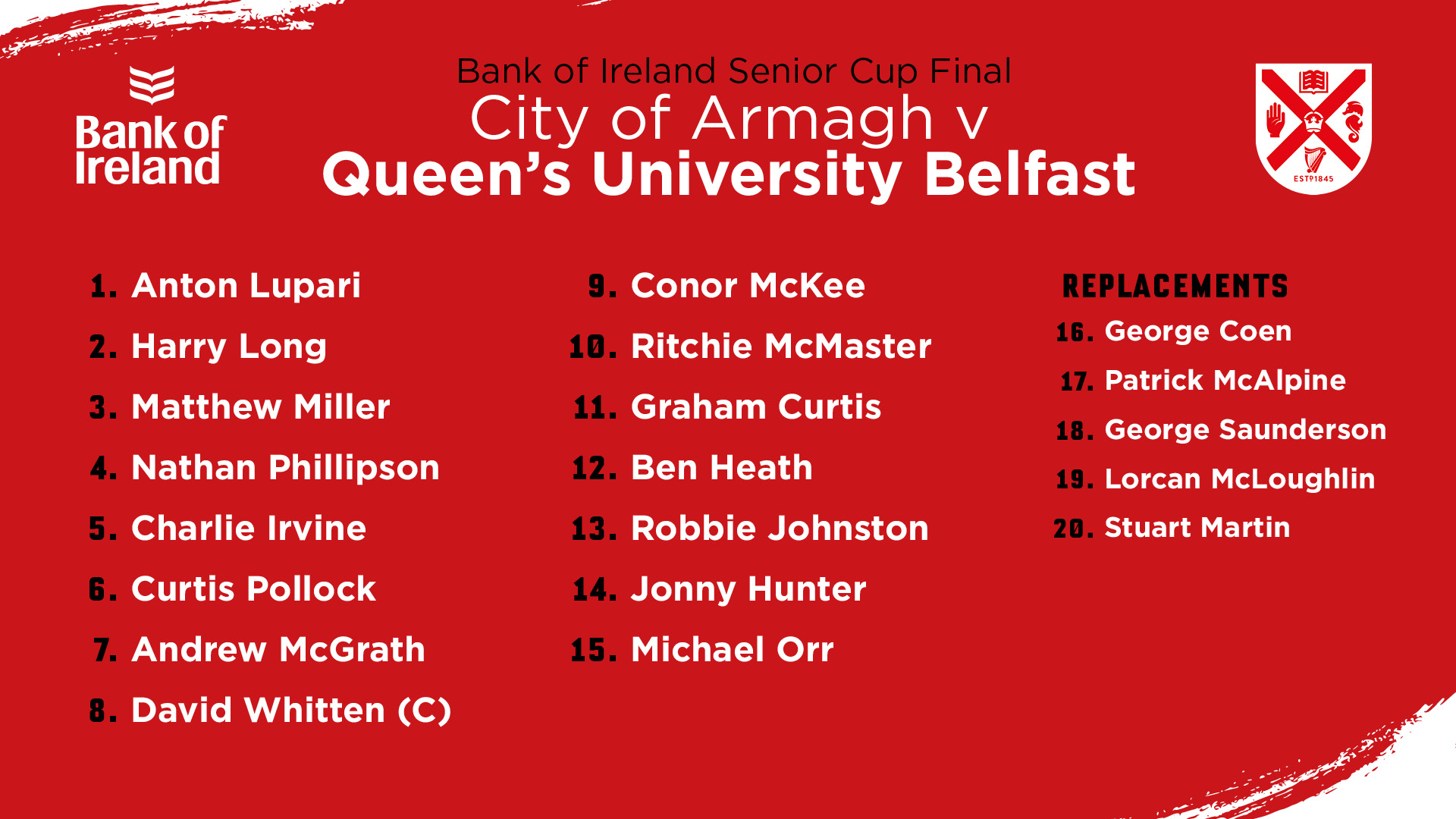 Queen's are the competition's most successful side, having won a record 23 finals in 40 appearances. Their last victory came in 2014 when they beat Ballynahinch, which was also the last time QUB reached the showdown at Kingspan Stadium.

This year in the Bank of Ireland Senior Cup, Queen's began with a 39-10 victory over Ballymena in the first round. In the quarter-finals, they saw off Malone with a 52-7 win, before Belfast Harlequins conceded their semi-final meeting.

The story of their season was their domination of AIL Division 2A, as they topped the table by 14 points, winning 15 of their 18 league games. However, their promotion push ended in an agonising playoff final defeat to Buccaneers.

"We've talked about the play-off final a lot. It's been a pretty tough week for us, and this is a chance to respond. We all feel pretty hard done by, when you win the league by 14 points and then you go into the playoff where anything can happen."

"I think we can use it, because it was hard on everybody and we didn't really do much last week because of it, so I think there is going to be a response. I think we deserved to go up, and I think we deserve to be in the Senior Cup Final, so overall it's been a really good year."

"Armagh are a very good side, they're very well-drilled, great set piece, and have a few dangerous backs. We're going to be the underdogs so hopefully we can go out and just play a bit of attacking rugby and see what happens."