City of Armagh had a huge opportunity early doors, after a searing break by Kyle Faloon. The ball went loose however to give Queen’s a five-metre scrum and Conor McKee made the exit.

Queen’s University’s Graham Curtis handed off two City of Armagh defenders to make huge ground for the Belfast side. An Armagh infringement gave the designated visiting side the opportunity to gain more territory, but Armagh did well to stifle their attack.

Queen’s University eventually got on the scoreboard on 17 minutes, just a minute after they were held up over the line off the driving maul. They took receipt of the goal-line drop-out and worked their way back towards Armagh’s line. Scrum-half Conor McKee made the snipe to score and Ritchie McMaster landed the conversion.

Seven minutes later, City of Armagh replied through the boot of out-half Harry Boyd, notching up the three points to get on the board.

QUB struck for their second try around the half-hour mark, with the prominent Graham Curtis making the initial break and long-pass out to his fellow winger, Jonny Hunter to go through in the corner. McMaster nailed the tough conversion.

The side from Palace Grounds had the chance to put a dent in Queen’s lead just before half-time, when they opted for a pop at the posts with the penalty, but the flags stayed down on Harry Boyd’s attempt.

City of Armagh came out of the blocks firing in the second half; it only took one minute for Shea O’Brien to find his way through Queen’s University’s defences to score, and Harry Boyd converted to leave four points between the two sides.

The Belfast side replied seven minutes later, when captain and Number Eight David Whitten bundled under the posts. Ritchie McMaster added the two points to stretch the lead.

Queen’s University produced a superb team try on 56 minutes, going through the hands nicely to send Jonny Hunter through for a brace which went unconverted.

Just three minutes later, Hunter claimed a hat-trick – the second of the day at Kingspan Stadium – when he dived over in the left-hand corner for QUB. McMaster added the tricky conversion.

The University side had the wind in their sails, and they pounced again when full-back, Michael Orr raced after the kick through to ground the ball down just before the dead-ball line and McMcaster notched up the two points.

City of Armagh pulled one back on 71 minutes through Number Eight, Neil Faloon, who showed real strength to power over for an unconverted try.

Armagh continued to fight back, and they struck again in the final few minutes when Shea O’Brien sent Matthew Hooks through to dot down and Harry Boyd landed the extras.

Queen’s University had done enough however to take the title for the 24th occasion. 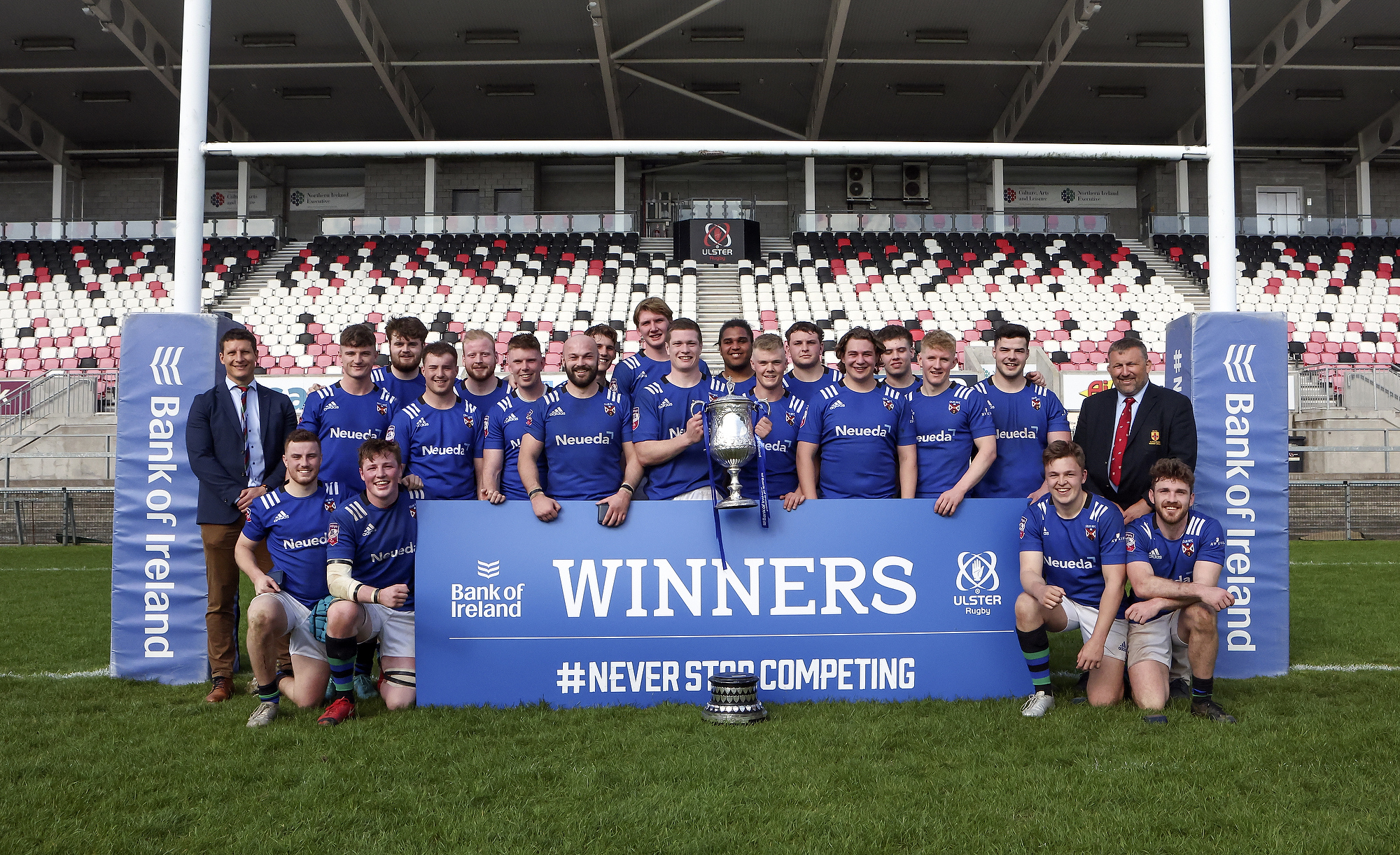