Shortly after the half term break 140 Year 8 U12 players from Ballymena Academy and Methodist College, Belfast took part in a series of 12-a-side games. The emphasis was on fun and enjoyment with all the teams scoring a lot of tries in the course of the afternoon.

The launch of the Danske Bank Ulster Schools’ Cup for the 2021-22 season took place in the AL Goodbody Lounge at the Kingspan Stadium on Tuesday 9 November.

The draws for Rounds 1&2 of the competition took place and were made by Gary Leslie, President of the Ulster Branch of the IRFU, and Kevin Heavern, representing the Danske Bank Sponsors.

The draw for the first round of the Danske Bank Ulster Schools’ 2XV Cup took place recently.

The results of the draw are as follows:

The draw for the first round of the Danske Bank Ulster Schools’ 3XV Cup took place recently.

The results of the draw are as follows: 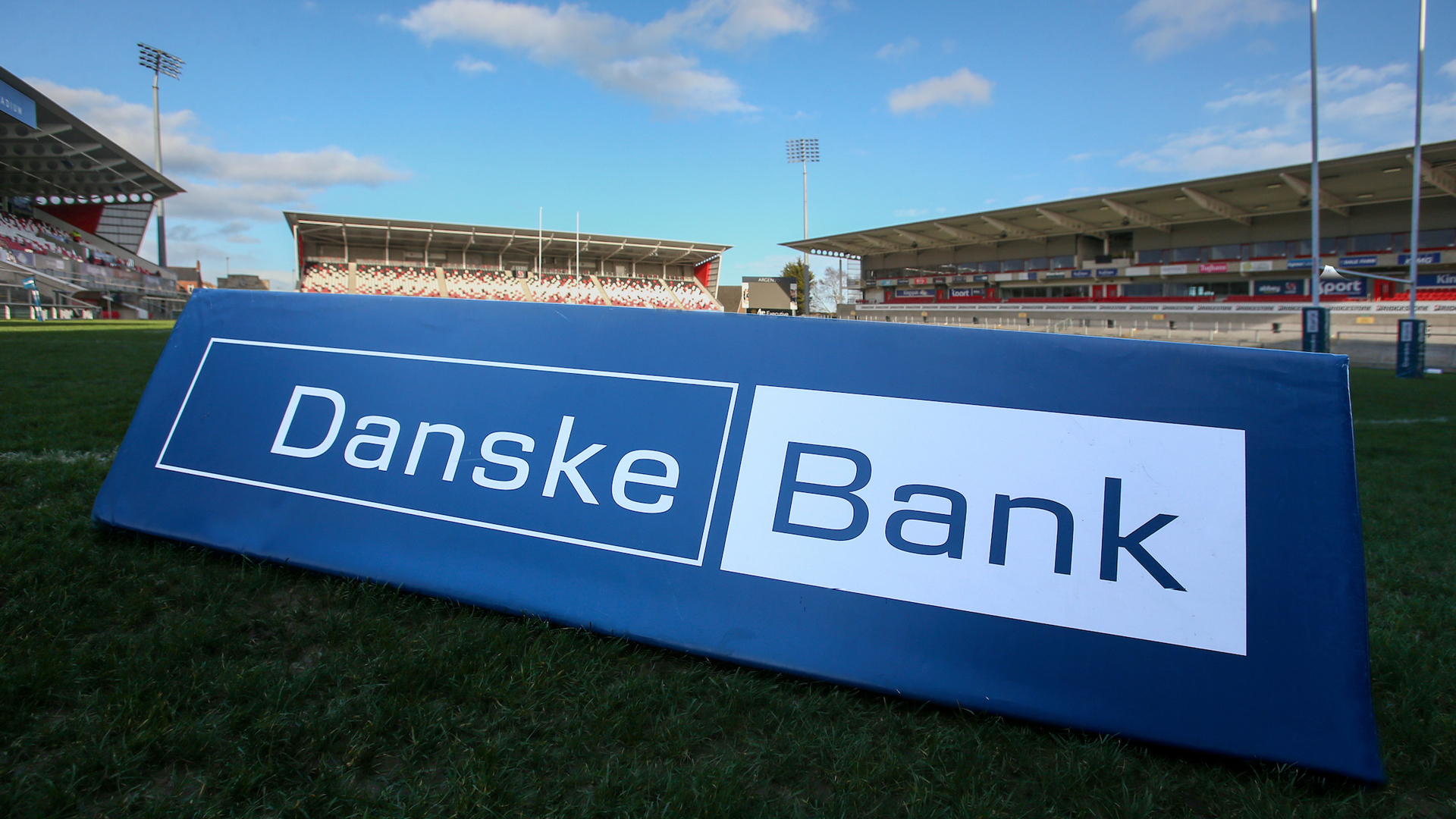 Despite losing the game the Antrim Grammar school team played with great spirit and commitment. Matthew Adair, team captain, Josh Harvey, Jude Keats, Peter Kane, Noah Jeffries, in the backs, alongside Ethan Ashe and Ben Mawhinney in the Antrim Grammar School pack, all impressed with their performances. Rory McLornan played his first ever full game of rugby with Patrick Dunlop, Danyal Muhammad and Kyle Taylor all making returns to the playing group for the first time in a number of years.

The second half saw the Larne GS team run in further tries through Charlie Patterson, Beni Tasnadi, Elliott Bareham and Adam Carson. Robin Wynn added the extras to three of these tries.

Both teams used the game as an opportunity to use extended squads of players. It was a matter of some delight to all concerned that 26 players from Antrim Grammar School all got playing time during the game.

One very interesting aspect of the game was the competition between the respective scrum halves, Ethan Wilson for the Antrim team and Charlie Patterson for the Larne team. Both were accurate with their distribution skills and very effective with their defensive skills.

On the same afternoon a Ballyclare High School “Select” XV played Cambridge House Grammar School in a game the Ballyclare team won by 34-0.

On Thursday 11 November Rainey Endowed School played Dromore High School in a game which saw both teams keen to get back to winning ways following recent defeats. This game was played on a superb surface at the Rainey Old Boys’ Rugby Club but in dreadful overhead conditions.

Both teams battled hard in the elements but the very evenly contested game ended as a 5-5 draw.

Jake McConnell scored the unconverted try for the Rainey Endowed School team with James Gault touching down for the Dromore High School team.

Both teams, as well as their coaches, would like to thank Rainey Old Boys’ RFC for the use of their excellent facilities, hosting the game and the provision of post-match refreshments.

This was an extremely closely contested game from which the Ballyclare High School team emerged as 13-12 winners.

The Ballyclare High School team scored their points through two unconverted tries from Tom McAllister and Austin Martin with a late penalty goal from Callum Cochrane.

The Ballymena Academy points came from tries from Harry Marcus and Connor Louw with Tristan Ferguson adding the extras to Connor Louw’s try.

Both teams, and their coaches, would like to thank Ballyclare RFC, and especially Kris James, Stephen Langley and Geoff Eakin, for the use of facilities, the excellent floodlit pitch and hosting this game.

Max McKay, Adam Bennett and Brandon Clarke each scored a try for the Belfast High School team with Cameron Banford adding three conversions as well as a penalty.

The Banbridge Academy team, with players such as Ollie Norris and Marcus McNeill to the fore, scored their tries through Jacques Macauley, who touched down twice. Ryan Matthews added the extras to both tries and was also successful with a penalty kick.

Rhodri Philips and Reuben Smyth scored the Down High School tries with Ross Graham adding one conversion as well as two penalties.

The Game involving Campbell College, Belfast and Coleraine Grammar School, due to have been played on Saturday 13 November, has been postponed until Wednesday 24 November.

Friends’ School, Lisburn played Grosvenor Grammar School in a game that finished with a 17-17 draw.

The Grosvenor Grammar School points came through tries from Sam Bailie and Lewis Young with two conversions, as well as a penalty, from Ben Johnson.

Portadown College hosted their near neighbours from Lurgan College and, despite being 10-7 behind at the interval, went on to record a 28-10 victory.

The Portadown College points came through tries from Victor Lawniczek, Jamie Jackson, Josh Herron and Max Boyce. Adam Neill was successful with all four of his conversion kicks.

The Lurgan College team made the Portadown team work hard for their win. They got some reward for their endeavours through a fine performance from Peter Bird who scored a try and kicked the conversion as well as a penalty goal.

The Royal School, Armagh team scored a penalty try as well as four other tries through Sam Cunningham and James Campbell, both of whom touched down for a brace. Matthew Monaghan was successful with three of his conversion kicks.

The Royal School, Dungannon team maintained their excellent recent run of success with a well-deserved 33-12 victory.

James Girvan was the “Man of the Match” with two tries and four conversions for the Royal School, Dungannon team. The remaining RS Dungannon points came through tries from Ryan Evans, Jacob Clarke and Adam Scott.

The Enniskillen Royal Grammar School points came from an unconverted try from Harry Ingram and a try from Ben McLaren which was converted by Tadhg Hambly.

The game involving Sullivan Upper Schol and the currently all conquering Methodist College, Belfast team has been postponed until Monday 15 November.