Second row, Alan O’Connor will captain the side with 19-year-old scrum-half, Nathan Doak making his first competitive start for Ulster. 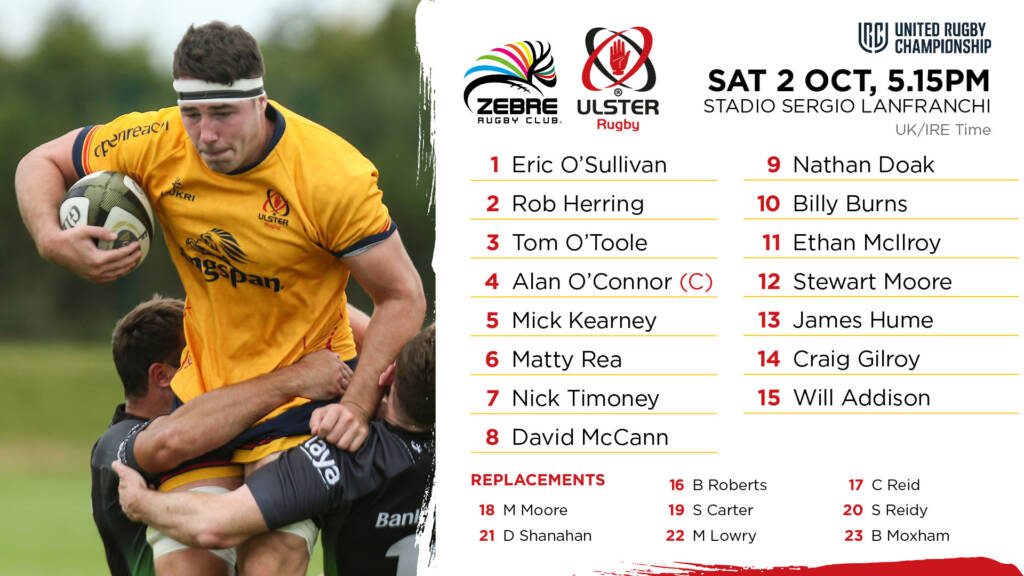 And here is how Zebre will line up…

The two sides last met at Stadio Sergio Lanfranchi in March where Ulster powered to a 3-49 victory over Zebre.

Designed and manufactured by the club’s Official Kit Sponsor, Kukri Sports, the new alternate jersey comes in a striking colourway modelled on the saffron from the provincial crest, placed on a geometrical tonal design inspired by one of Ulster’s most recognisable landmarks, the Giants Causeway. Navy and red trims detail the sleeves, with navy shorts and saffron socks completing the kit.