City of Armagh 2XV will take on Clogher Valley at Kingspan Stadium in the final of the Millar McCall Wylie Junior Cup. 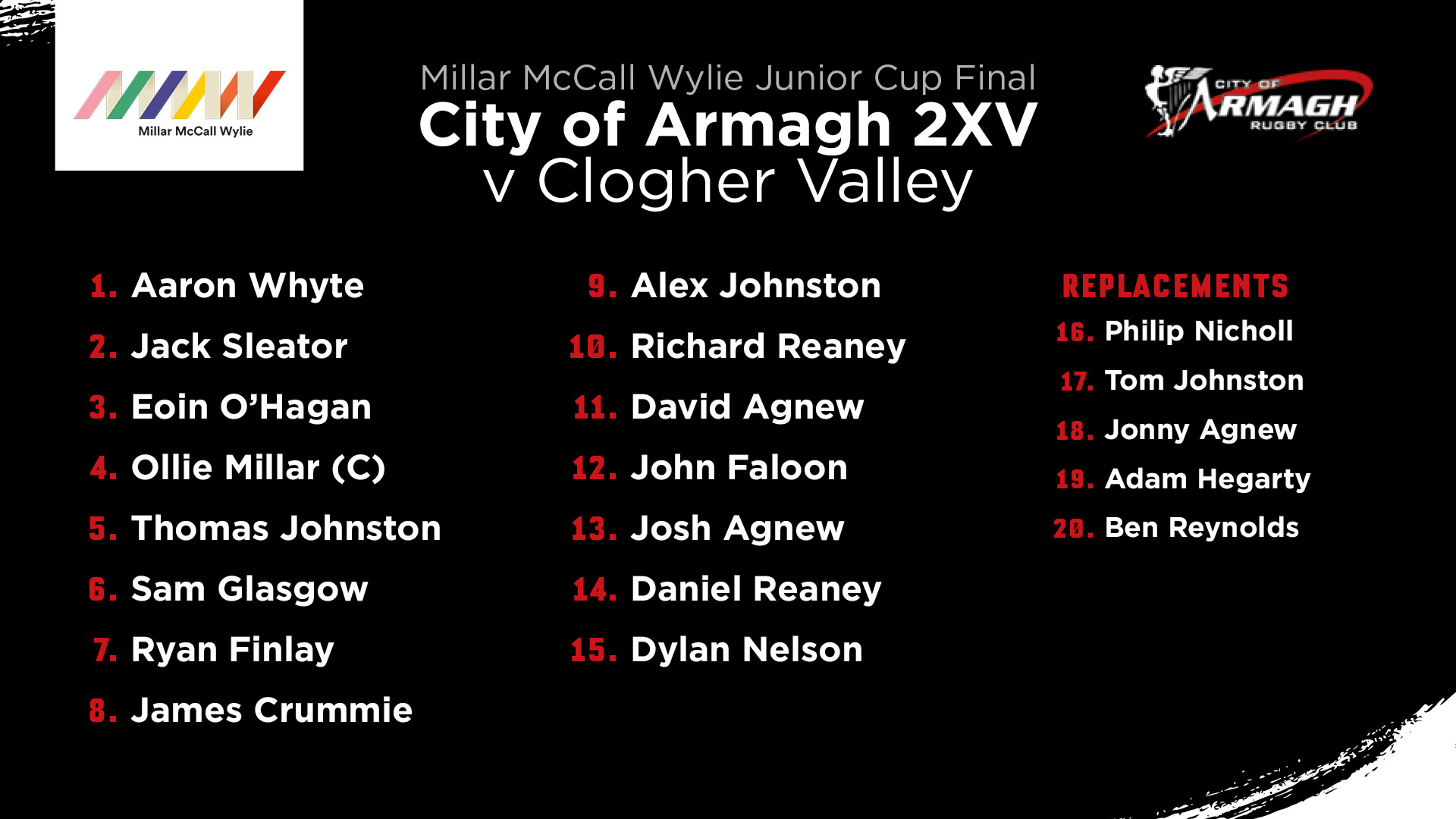 Saturday will mark a significant day for the club, with the 2nd XV facing Clogher Valley in the Millar McCall Wylie Junior Cup Final, and the 1st XV taking on QUB in the Bank of Ireland Senior Cup Final.

The last time the competition took place, City of Armagh 2nd XV narrowly lost 18-17 to Enniskillen in the 2020 final at Kingspan Stadium. They were also defeated in 2018, losing to Ballynahinch 2nd XV.

This season, their campaign began with Ards conceding their 1st round fixture, before a 15-13 win over Ballymena 2nd XV. In the quarter finals, they beat Banbridge 2nd XV 50-9, and booked their spot in the final with a 25-0 win over Instonians.

"Clogher will really want to play rugby, throw the ball around, and come at us physically - but they're young and quick and play fast, too."

"Our season has had its ups and downs. Some games we really came out of the blocks and have gone really well, like beating Ballynahinch twice, home and away, and we also beat Instonians who would have been favourites to reach the final."

"We've also blooded a lot of young players this season, and the average age is something like 22 years old so it's really exciting for the club going forward."

"To have both the 1st and 2nds at Kingspan Stadium will be huge. We do love a final, there are several buses coming up, and it's even all the chat in Royal School Armagh at the moment too." 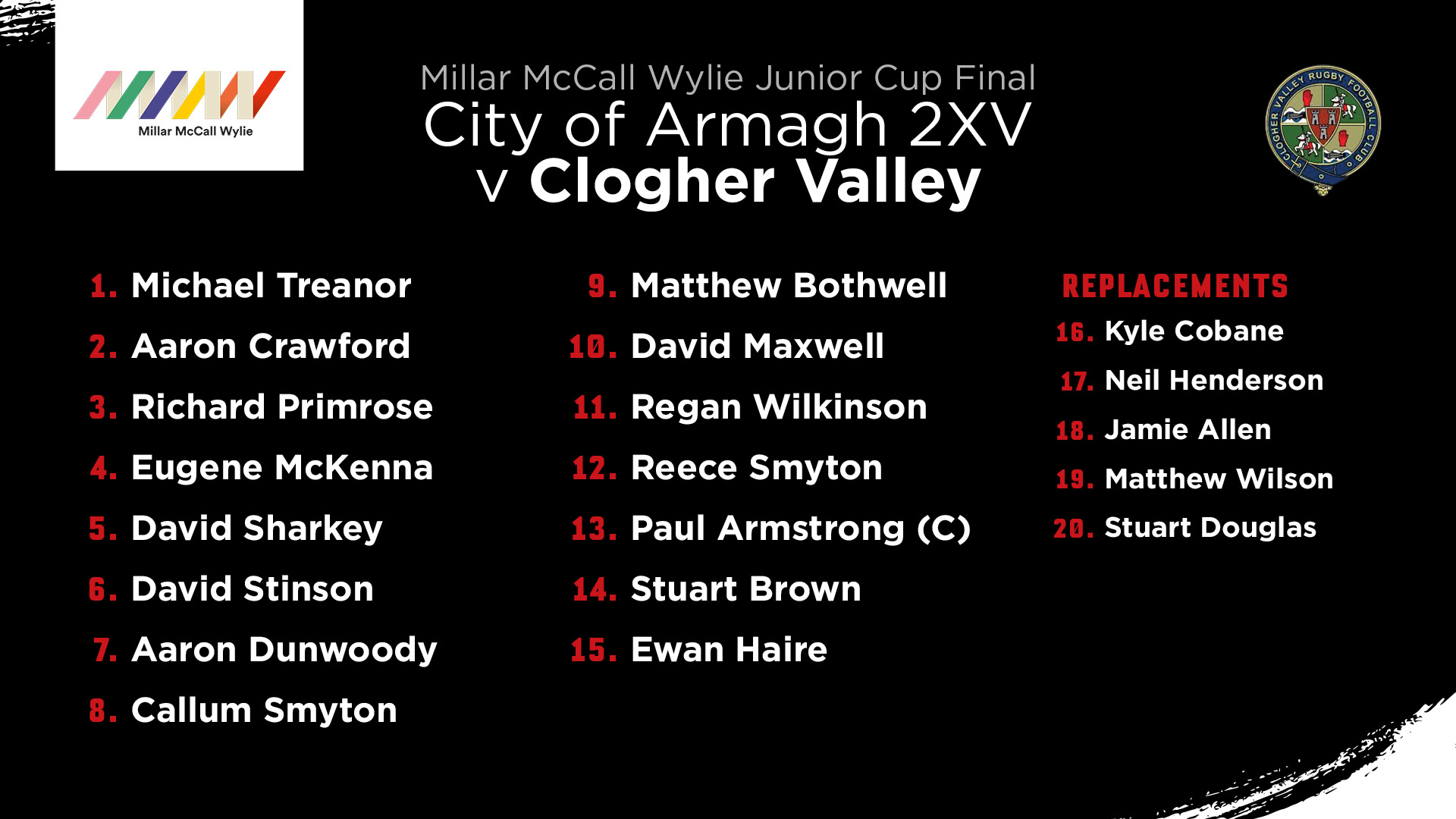 Clogher Valley's only win in the Millar McCall Wylie Junior Cup came back in 2013, with a one-point victory over Ballynahinch 2nd XV to secure the trophy.

This season, they began in the 2nd round with a convincing 42-0 win over Ballymoney. In the quarter final, they got past Hinch 2nd XV with a 20-17 victory, and a 14-7 win in their semi at Cooke saw them into the final.

Clogher also have the advantage of having already won a final at Kingspan Stadium in what's been an impressive season. In January, they produced a late comeback to beat Ballyclare and win the AIL Junior Cup Final. 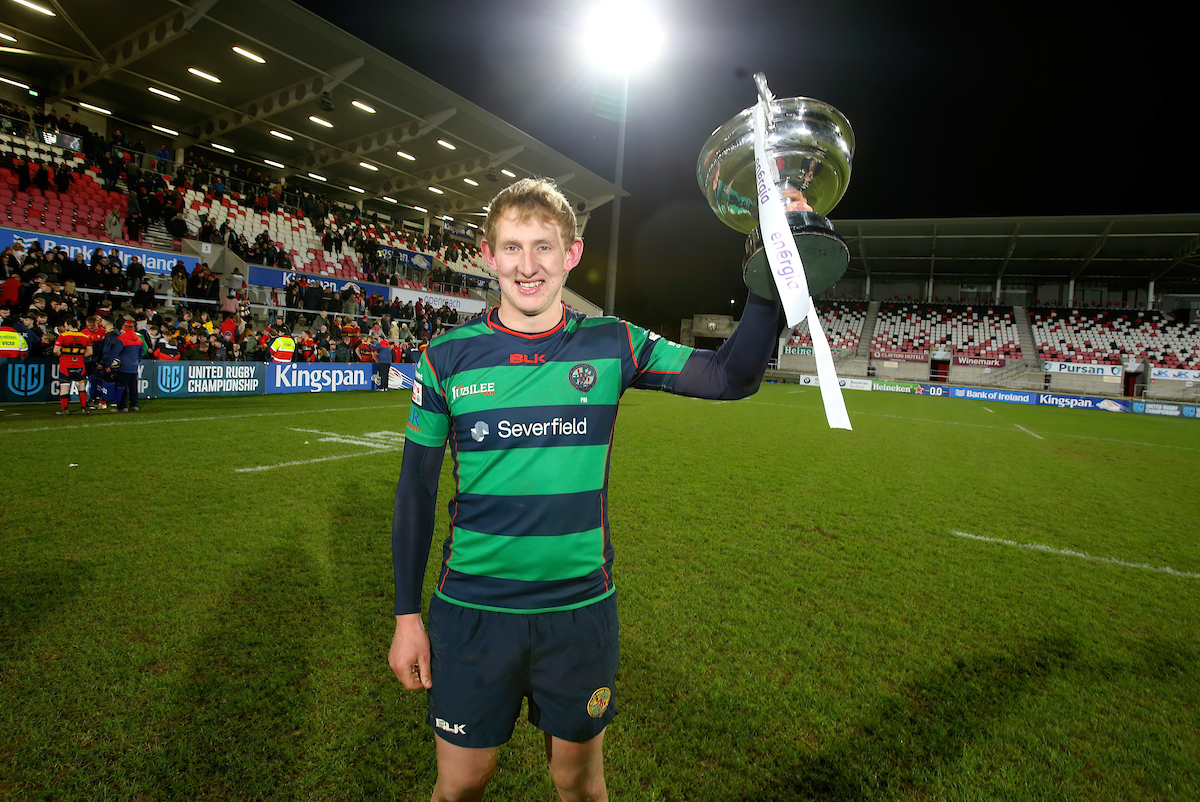 "I'm very excited to be leading the team out at Kingspan Stadium for the second time this season. It was a great feeling coming through the tunnel the last time at the AIL Junior Cup Final, hearing the roars from our Clogher Valley supporters, so hopefully we will get good support this time again."

"A few of the boys were very nervous for that final, especially with it being their first time playing there, so I think the nerves have settled this time round. The support was incredible in January, and they really do encourage you and drive you on. Overall, we had a great experience at the AIL final so the team are looking forward to Saturday, and hope the day goes as well for us as it did in January."

"We’ve had a very busy and exciting season, for everyone, not just the first team. Our club is growing and our support is growing. We were going really well at the beginning of the season, having only lost one game to Instonians, and then after losing out in the Towns Cup and the League - it sort of set us back a bit, but getting to the final on Saturday has boosted us all and hopefully we will get the result we are looking for to give us a good finish to the season."

"Armagh will up their game for a final. I suppose with their first team playing after them, they’ll be out to win both matches on Saturday no doubt. We played them in November, winning 31-17 so hopefully we can come home with the win this time too."