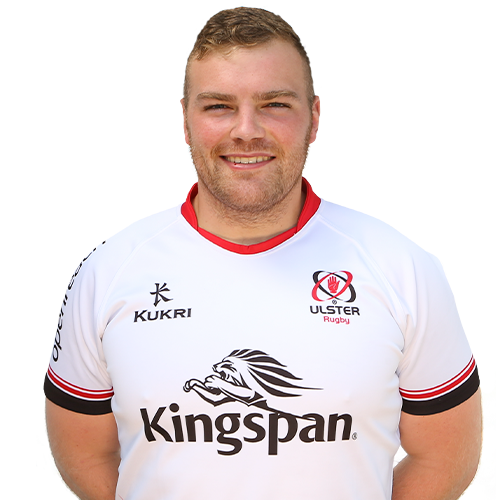 The former Leinster Schools prop caught the eye of Abbey Insurance Ulster Academy Head Coach, Kieran Campbell while playing for Trinity College. O’Sullivan made his mark in the then British and Irish Cup for Ulster A, so much so that by the end of the 2016/17 season, he was offered an Academy contract. 2018-19 was the breakthrough season for the prop who made his debut for Ulster off the bench in the opening game against the Scarlets. In his first season, he made no less than 26 appearances in Ulster’s 30 games, totaling an astonishing 1,291 minutes. His meteoric rise and superb performances in the PRO14 and Champions Cup earned him a senior Ulster contract in the summer of 2019.