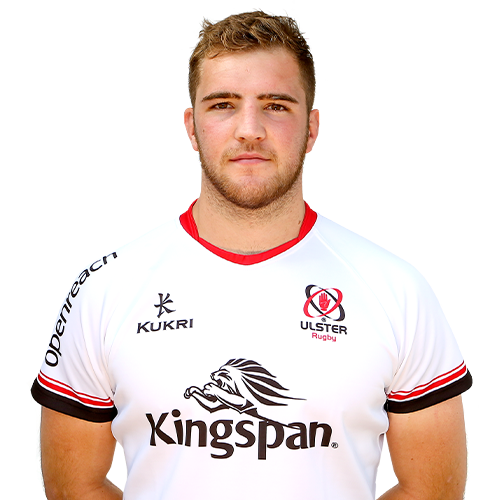 The former Ballymena Academy 1st XV captain and Ireland U20s flanker has quickly risen through the Ulster ranks. He captained Ulster A during the 2018 and 2019 Celtic Cups, and made a try-scoring contribution in a Man of the Match display on his senior debut versus Leinster in April 2019. He makes up one of three pairs of brothers in the Ulster senior squad, with his older brother, Matthew. Another prospect from the Abbey Insurance Ulster Academy, he signed an upgraded development contract with Ulster in the summer of 2019.