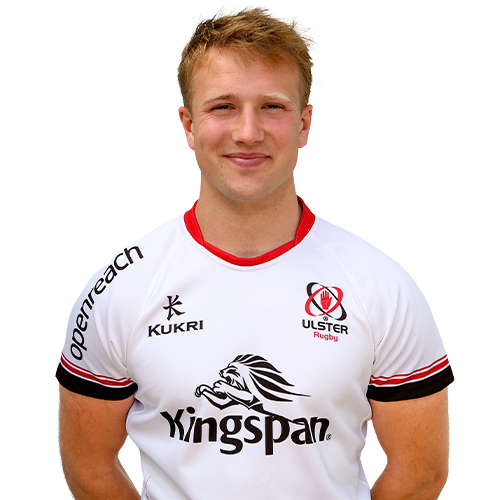 Young centre, Stewart Moore played schools rugby for Dalriada and Ballymena Academy, earning call-ups to the Ulster and Irish Schools squads. His talent also netted places in the Ulster Academy and Irish U20s setups. Known for his footwork and decision-making, Moore can play at either inside or outside centre. He made his competitive senior debut for Ulster against Leinster in December 2019 and his remarkable impression led to him graduating from the Ulster Academy and earning a three-year contract, the first year being a development deal.