To deliver sporting interventions that promote equality, tackle poverty and social exclusion and provide opportunities to realise wider socio-economic returns. Emphasis was placed on engaging those from deprived areas that traditionally didn't take part or have access, particularly young people and those from underrepresented groups.

Some of the headline figures for the programme across its duration included:

Central to the delivery of this programme has been the creation of open and inclusive environments for people from all backgrounds to enjoy Rugby. Participation has been increased from people from areas of multiple deprivation, particularly young people, females and people with disabilities, and a lasting rugby legacy has been left across the province. 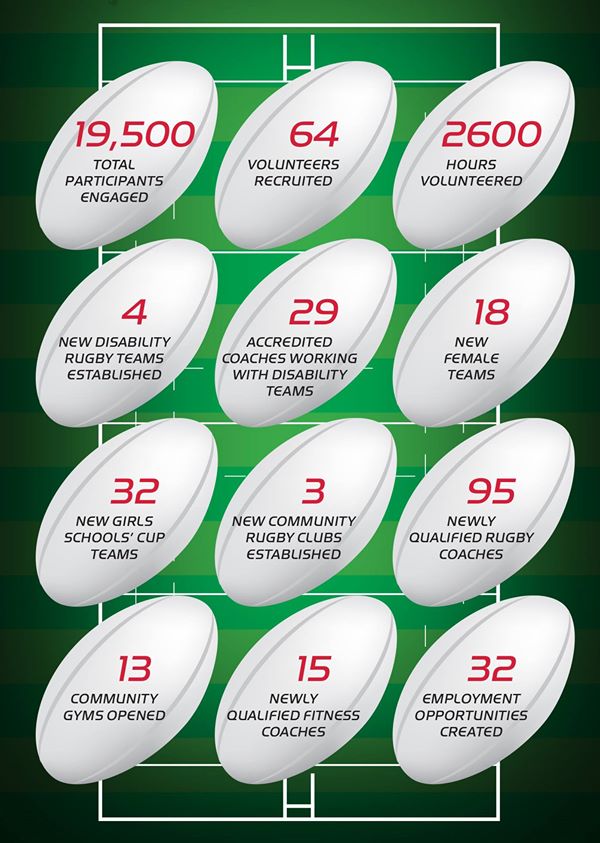 Laura was a volunteer helping to organise a Game of Three Halves event when she got speaking to Zoe, a coach with Ulster Rugby. On the back of the discussion, Laura has started training with her local team Ballynahinch. Laura exaplined that "15-20 go to train on a Tuesday and Thursday night. Some have played hockey, camogie or football before, however others including me have not played sport in a long time. New girls are coming along regularly. The Club have been very supportive and the coaches have helped us out".